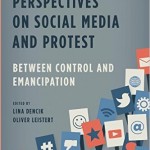 It starts which a quick overview over the use of internet technologies by social movements since the 1990s, discusses then four general claims about the relationship between internet and social media on the one hand and social movements and protest on the other. It then proceeds to a closer look at recent empirical studies of protest and social media, closing with an evaluation of the current knowledge and remaining research gaps in this field. Special attention is payed to the question how current digital communication tools interact with more established elements in social movements’ repertoires of action.